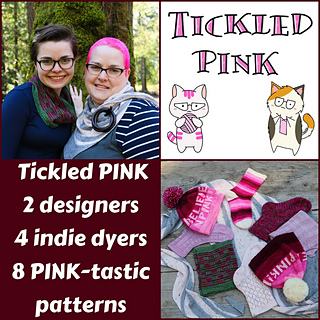 It’s been a busy month, but we’re back with our April episode!

What’s in our glasses?
This episode, we’re drinking Chambord. The mini bottle is perhaps our favourite to date, and Cia makes some mixology attempts throughout the episode. Don’t say we’re not a professional outlet here at Tipsy Towers.

On & Off the Needles

Pip’s been an absolute speed demon as usual, and since last episode, has successfully cast off her Exploration Station, a Carbeth sweater (which Cia is eyeing up!), an Elska hat and a Ringfort hat. She doesn’t stop either- Pip currently has a The Shepherdess shawl on the needles, in some lovely Countess Ablaze Blue-faced Baron, and EasyKnits Deeply Wicked. 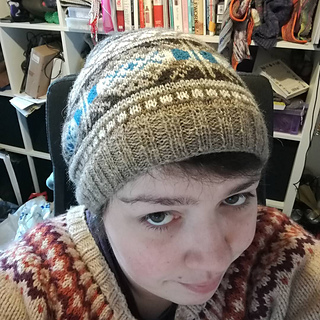 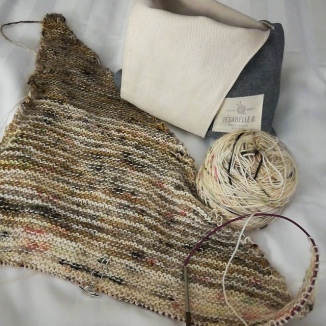 In typical Cia fashion, Cia has cast on eleventy gajillion projects, and is neglecting the knits she should be focusing on. However, she’s successfully cast off a Getting Warmer Hat. She is halfway through her Exploration Station, and after many, many cast ons and rip backs, is working on a Daylight Fading shawl in her Countess Ablaze Tia Merino yarns mentioned last month, with some Uschitita merino singles yarn from EYF. 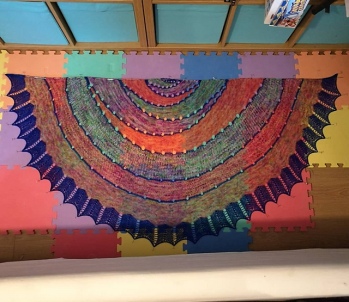 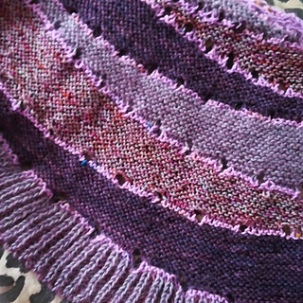 Have you joined in the ExplorationPODKAL we’re running with Rosie of PixelAtlantis, and Kirsty of Grianaig Creations? If not, there’s still plenty of time to get casting on your Exploration Stations, the KAL is running until the end of June.
We’re loving seeing your progress in the Ravelry groups, and some FOs have appeared already. As Stephen West would say, keep on knittin’, kitten!

Perth Festival of Yarn (8-9 September) tickets are on sale (as well as cool merch including T-shirts and more!) and we are excited! The podcaster and vendor lists are out (you can follow most on Instagram for previews of what’s to come!) and Eva has recently announced that  Immediate Media will be sponsoring The Knitter Podcast Lounge. Why isn’t it September yet?!

It may have been EYF last month, but Cia has continued on a wee Stash Acquisition Mission. She missed out on Cosmic Strings’ EYF special colourway, but managed to snag a skein of it on their merino singles base. She also indulged in Countess Ablaze’s Pablo Yarnscobar update and got a skein of Grande Merino DK, which was a joy to knit with. 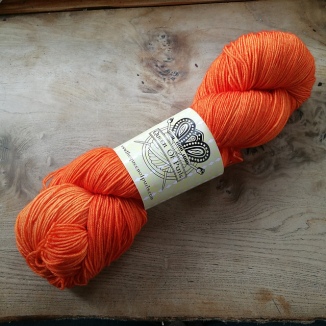 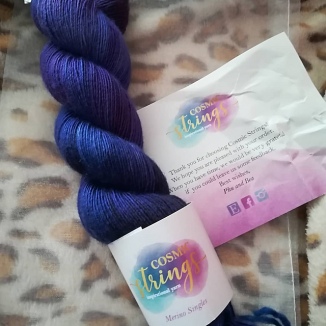 Some of our acquisitions

Pip visited the lovely new Queen of Purls shop in The Hive, Finnieston and came away with 2 skeins of Queen of Purls Hand-dyed Ballista yarn (a Tipsy Knits favourite!) to become a Match and Move by Martina Behm, as well as six balls of Jamiesons’ Spindrift yarn.

This episode, we are lucky to each have an e-copy of C.C. and Dami’s PINK-tastic new book, Tickled PINK; featuring 8 patterns inspired by the colour pink, and 4 pink yarns produced by 4 indie dyers. You can hear all our thoughts in the episode, and we’ve also released a full blog post reviewing the book too. We reviewed the e-book, however you can buy physical copies (along with more of C.C. and Dami’s patterns) from the JavaPurl Designs website.

We have an e-copy of Tickled PINK to give away to a lucky listener. Simply head over to our Ravelry group and tell us what your favourite pink drink is. Only one entry per person, and we’ll announce the winner at the end of May.